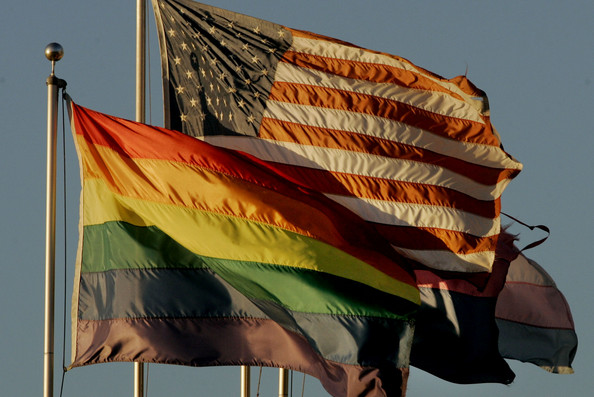 An immigration bill introduced in the House of Representatives last week would allow homosexuals to ask for their “permanent partners” for residency in the United States in the same way that heterosexual married couples are allowed to do. Critics say the legislation opens the door to fraud. The bill, known as “The Reuniting Families Act,” classifies children and spouses of lawful U.S. permanent residents as “immediate family members,” which allows them to quickly benefit from visas to enter the country. In addition, the proposal attempts to end discrimination in immigration law by allowing “permanent” same-sex couples to reunite in the United States. The bill defines a “permanent partner” as an individual 18 years of age or older who is in an intimate and committed relationship with another person 18 years of age or older in which both parties intend to commit for a lifetime. This family reunification bill was introduced on June 4, to try to eliminate the current backlog on the waiting lists of approximately 5.8 million people. It also has the attempt to induce more people to use legal means to reunite with their families in the United States. Rep. Michael Honda of California, the one introducing the bill, says the immigration system for family reunification hasn’t been updated in 20 years. This has caused the separation of spouses, children and their parents for years and sometimes decades simply by doing the “processes” legally and correctly. Honda says its bill “will reunite families with their loved ones, giving our legal citizens more incentive to work harder, contribute more to our economies, and be happier.” While gay advocacy groups celebrated the family reunification proposal as historic because of the inclusion of “permanent couples,” other groups oppose attempts to put gay couples on the same level with traditional marriages when it comes to immigration. On June 2, The Reverend John C. Wester wrote to Representative Honda on behalf of the U.S. Conference of Catholic Bishops (USCCB) saying that “family reunification” must be the cornerstone of the U.S. immigration system. “In our view, our country must improve opportunities for families to remain together and proposals that reduce the family-based immigration system must be resisted,” Wester wrote. “In our view, our country must improve opportunities for families to stay together and must resist proposals that would reduce the family-based immigration system,” Wester wrote. He said including “permanent partners” in the proposal “could undermine the institution of marriage and the family by giving marriage immigration benefits to same-sex relationships, a position that is contrary to the very nature of marriage, which exists prior to Church and State.” Wester said the USCCB has withdrawn its support for Honda’s proposal, due to the inclusion of the part on “permanent partners.” However, the bishops support another version of Honda’s proposal presented in the Senate by Robert Menendez of New Jersey. This Senate proposal does not include the part on “permanent couples.” Jessica Vaughan, director of policy studies at the Center for Immigration Studies, told the Senate Judiciary Committee that the part of the proposal that targets same-sex couples would further exhaust an already overburdened immigration system. “It is not very reasonable to expect that consular officers and benefit arbitrators could play this role as part of their examination of those cases,” Vaughan said. She noted that consular officials already have great difficulty adjudicating applications that come with normal documents, such as marriage certificates. “Without a marriage certificate, verifying the legitimacy of same-sex couples would be difficult and you would see an opportunity to introduce more fraud,” Vaughan said. She told the committee that “It is not clear that partnerships could be checked in places where there is no official recognition of same-sex unions.” The debate continues over how the legitimacy of a same-sex couple can be verified. It is said that the rules would be the same and the applicant would have to present the evidence and prove the relationship. The penalties for fraud would be the same. As most countries lack formal recognition of same-sex couples, presenting evidence of union would be difficult and in some cases, impossible. Representative Honda’s family reunification proposal also contains a section that allows family members of recently deceased U.S. residents to continue their visa application process as if the resident had not died. According to Honda’s office, the bill (HR 2709) already had 57 co-sponsors when it was introduced. He now expects more action in the House Judiciary Committee.