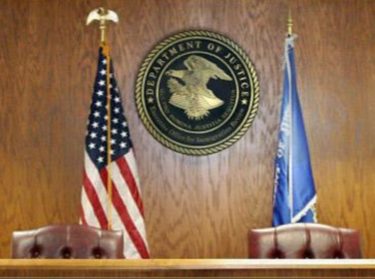 There is a waiver under immigration law for that person who wishes to enter the United States as a “non-immigrant” but is inadmissible. Section 212(d)(3) of the Immigration and Nationality Act (“the Act”) is a broad pardon that allows applicants for admission as non-immigrants to be pardoned for almost any reason of inadmissibility found in Section 212(a) of the Act. The only reason for inadmissibility that cannot be overcome by 212(d)(3) has to do with foreign policy consideration or participation in Nazi persecutions. Section 212(d)(3) can be used by the vast majority of inadmissible persons. The 212(d)(3) must be part of a nonimmigrant visa, such as a tourist, student, H-1B or L visa. For example, an individual who has been deported from the United States because of a criminal conviction, and who has returned to his home country and now has a professional job offer from a company can petition the U.S. for an H1B visa and at the same time ask for this forgiveness. Of course, it is at the discretion of the Attorney General to grant or deny forgiveness. However, this forgiveness is important because it includes very few grounds for ineligibility. It could be used to obtain admission on a nonimmigrant visa from an applicant who had previously been deported from the United States. (For example – that you have been guilty of having committed fraud.) The Board of Immigration Appeals (BIA) has established the criteria to be used by the Attorney General to evaluate a discretionary decision under Section 212(d)(3) law. In the case of Cut Matter of Hranka, 16 I&N Dec. 491 (BIA 1978), the BIA listed three criteria for determining whether to approve or deny a pardon under Section 212(d)(3): 1. The risk of danger to society if the applicant is admitted; 2. The severity of the violation (formerly) of immigration law or criminal law by the applicant, if any, and 3. The reasons they want to enter the U.S. The BIA Board did not give a deep or detailed explanation on these basic factors in its decision. However, it became clear that the reason for wanting to enter the U.S. does not have to be serious or serious. This sentiment is reflected in the Foreign Relations Manual, 9 FAM Section 40.301: “The law does not require that forgiveness be limited to exceptional, humanitarian or cases of national interest measures. Thus, while the good exercise of discretion and good judgment is essential, consular officers can generally recommend forgiveness for any legitimate purpose, such as family visits, medical treatment (even if available abroad), business conferences, tourism, etc. ” In the case of Hranka, the BIA does not include rehabilitation as a criterion, but it is evident that his decision was based in part on the rehabilitation of the person applying to enter. Therefore, applicants with a criminal record must submit evidence of rehabilitation, which undoubtedly improves the possibility of receiving forgiveness under 212(d)(3) in a non-immigrant application. The process for applying for a 212(d)(3) waiver is set forth in regulation 8 CFR 212.4. The regulation establishes two different procedures: for filing under Section 212(d)(3)(A) (for those who require a visa) and under Section 212(d)(3)(B) (for applicants who do not require visas.) The 212(d)(3) waiver is available to inadmissible persons who do not have a waiver available as an immigrant. For example, an alien who has been convicted of a crime involving moral depravity (Crime Involving Moral Turpitude) in the past 15 years and who does not have a U.S. citizen family member who qualifies for a 212(h) waiver could enter the United States on a 212(d)(3) waiver nonimmigrant visa. On the other hand, if an alien has a family member who qualifies for 212(h) forgiveness, but is not able to show sufficient difficulties for that type of forgiveness, he or she could maintain a nonimmigrant status and wait until age 15 for 212(h) forgiveness to be available again. Although most waivers available under immigration laws cannot be obtained by people convicted of aggravated felonies, the 212(d)(3) waiver does not contain any barrier to those same individuals. Although it is clear that a person convicted of an aggravated crime would have a difficult case in proving compliance with the criteria explained in the Hranka case, for many people with no other options, it is worth a try. People who have been deported from the U.S. would tempt to apply for forgiveness using an I-212 form to be readmitted to the U.S. This process would have to be done during the five years of deportation (or 20 years in the case of a deportation for aggravated felony.) Regulations controlling I-212 applications are found in 8 CFR 212.2. A person who has been deported and who is subject to a ground of inadmissibility would have to apply for a permit to re-enter (The I-212 form) and the 212(d)(3) waiver. Regulation 8 CFR. 212.2 specifically states the following: “A temporary stay in the United States under section 212(d)(3) of the Act does not interrupt the five or twenty consecutive years of required absence.” As a result, one could pass all the required “absence” in the United States in nonimmigrant status. The benefit of 212(d)(3) forgiveness is that many are eligible to apply. However, this type of forgiveness is not always easy to obtain, especially in the cases of people with criminal convictions. In addition, the applicant has to be eligible for a non-immigrant visa. For the inadmissible person with no other way to return to the United States, the 212(d)(3) waiver could give you a temporary solution to what can be a very difficult and long time separated from your family, friends, or business.