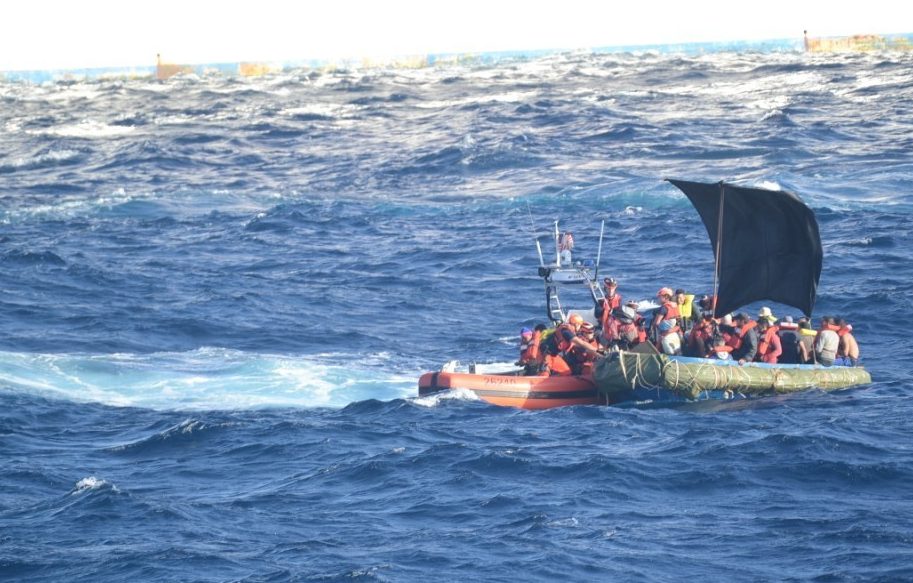 On January 12, 2017, the White House announced the end of the “dry foot and wet foot” policy toward Cuban immigrants. The law is of immediate effect. Cubans who attempt to enter the United States without authorization will be treated in the same way as any other immigrants. You will not automatically be given the “parole” (an entry into the United States by an immigration official) that made them eligible for permanent residency after one year under the Cuban Adjustment Act. The administration also announced that, for reasons of the increasing “normalization” of relations between Cuba and the United States, Cuban immigrants will no longer be exempt from expedited removal, where individuals are summarily deported from the country without ever seeing an immigration judge. A special program that offers a parole to Cuban doctors and their families is also completed. The administration will maintain cuba’s Family Reunification Program, which allows Cuban family members of permanent residents or U.S. citizens to come to the United States with a parole while they await their immigrant visa. The United States, in a joint statement with Cuba, pledged to continue its policy of admitting 20,000 Cubans directly from Cuba each year. At the same time, in addition to accepting deportees from the United States with less than four years outside of Cuba, the Cuban government pledged to receive more than 2,700 Cubans who arrived in the United States by Mariel in 1980, who were considered excludable from the United States. The “wet foot and dry foot” policy was started in 1995 under President Clinton’s administration. Under this policy, if Cuban immigrants were picked up at sea by the U.S. Coast Guard, they were returned to Cuba. If they managed to reach the shores of the United States, they were allowed to stay in and given a parole. Since President Obama’s administration began the process of normalizing relations with Cuba, Cubans’ attempts to reach the United States have increased. In 2016, more than 1,800 Cuban immigrants had been intercepted at sea and repatriated by the Coast Guard. In addition, thousands of Cubans made their way overland, many starting in Ecuador, which until recently did not require Cuban visitors to obtain visas. The migration of so many Cubans through Central America and Mexico created a situation in which the leaders of these countries pressured the Obama administration to change its policy toward Cuban immigrants. The Cuban Adjustment Act became law in 1966 to protect Cubans who were supposed to be fleeing political persecution. Then came the Refugee Act of 1980, which offered the opportunity for immigrants of all nationalities to seek refuge in the United States because they were fleeing persecution. But the Cuban Adjustment Act remains on the books, allowing Cubans to remain in the United States without the obligation to prove fear of persecution as everyone in other countries has to do. Cuban-Americans in Congress reacted critically. Senator Robert Menendez (D-NJ) said in a statement that a Cuban refugee fleeing a brutal regime should never be denied entry to the United States. Rep. Mario Diaz-Balart (R-FL) said the administration, with its policy change, was making “yet another shameful concession to the Castro regime” and that the administration “was denying oppressed Cubans the presumption of political asylum.” It is important to remember that Cubans afraid to return to Cuba will have the right to apply for asylum, just as any other immigrant also with fear of return has the right to do. With the new policy announced, Cubans will no longer automatically be entitled to the benefits provided by the Cuban Adjustment Act, including the ability to remain in the United States and eventually become a citizen. Cubans who were detected before January 12, 2017 and are now in the process of expulsion are not subject to physical removal to Cuba. This policy involves people found or who entered, as of January 12, 2017. The new policy is not retroactive. Generally speaking, Cubans with deportation orders, or with a pending status adjustment process, are not adversely affected by this policy. But a Cuban who has committed a new crime or has some negative problem outside of this new immigration policy could be subject to measures for other reasons that have nothing to do with this policy. Now more than ever you need to have professional help with your legal immigration case. Our offices are here to serve you.

Call today and ask for a free consultation, in person or by phone, and we’ll help you determine the best path. 786-347-1605 Attorney Abraham B. Cardenas

Deferred Action by President Obama's Executive Order: Changing and Amplifying the DACA and DAPA Prog...
The Danger of Traveling If You Have Had a Criminal Offense in Your Past
Waiver Under Section 212(d)(3)