Can I apply for U.S. citizenship if I have had a criminal case? 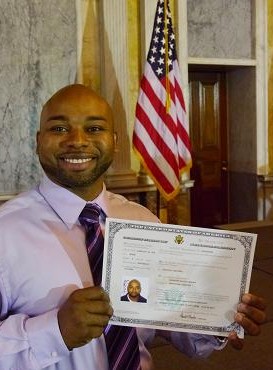 If you are a legal resident of the United States and have had a criminal case in the past that is considered “deportable” under immigration laws and you apply for naturalization (U.S. citizenship) it is almost certain that immigration authorities will initiate proceedings to deport you. Some people may request cancellation of deportation. This is a one-time pardon and is a remedy to stop your deportation. But if the crime was committed within 7 years after they were admitted to the U.S., (i.e. after receiving your green card) you may not be eligible for this waiver. Also, if the conviction is for an “aggravating felony” you will be ineligible for this pardon. But if you pleaded guilty to the crime before April 24, 1996, and have no other crimes, then you may be eligible for a special pardon under old immigration laws. If you have been convicted of a crime that is aggravating felony, you will have little chance of avoiding deportation, especially if the conviction was after April 24, 1996. To be eligible for U.S. citizenship you must: 1. Be a lawful permanent resident for a period of five years (three years if married to a U.S. citizen); 2. Be a person of good moral character, and 3. Pass the tests for citizenship. Some convictions serve as a permanent barrier to the determination of good moral character, causing it to be ineligible to apply for citizenship. Other convictions are only temporary barriers. In the next brief, I will explain more about the types of crimes that are considered “aggravating felonies.” I will also give a list of convictions that permanently or temporarily affect the possibility of applying for citizenship.

If My Parent Is A U.S. Citizen, Am I a Citizen?
Waiver Under Section 212(d)(3)
The Immigrant Mix in the United States