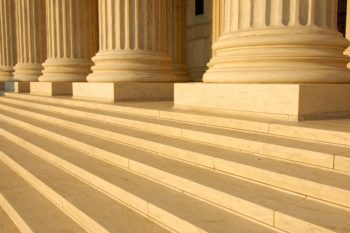 In a petition case to federal court, where they were asked to review the decision of the Board of Immigration Appeals (BIA), in which the denial of Withholding of Removal and protection under the Convention Against Torture (CAT) was upheld, the Ninth Federal Circuit Court of Appeals in Washington State denied a portion of BIA’s decision on the issue of political asylum. The Federal Court determined that BIA correctly and reasonably concluded that the particular social group, presented by the petitioner (Reyes) “former member of the Mara 18 gang,” lacks particularity, social distinction, and that its social group composed of “persons deported from the United States to El Salvador” lacks the particularity necessary to win a political asylum case. Although the Court of Appeals granted in part that the BIA apply an inadmissible review criterion in the evaluation of the application for relief under CAT; it is important to understand that the decision means that a former gang member cannot use that solely as a reason to seek asylum in the United States. It should be checked that a particular social group has clear boundaries and that its characteristics have commonly accepted definitions. The Federal Court held that the BIA’s conclusion of “social distinction” is reasonable by requiring evidence showing that society at large perceives, considers, or recognizes individuals who share the particular characteristic to be a group. If you have a political asylum case, or need to appeal a negative decision, you can count on the services of Attorney Cardenas’ office. He is dedicated exclusively to immigration law and the cases of clients with immigration problems that need solving. I relied on Attorney Cardenas’ experience to resolve your immigration case. With more than 25 years of experience, he knows how to find a solution to your immigration case.