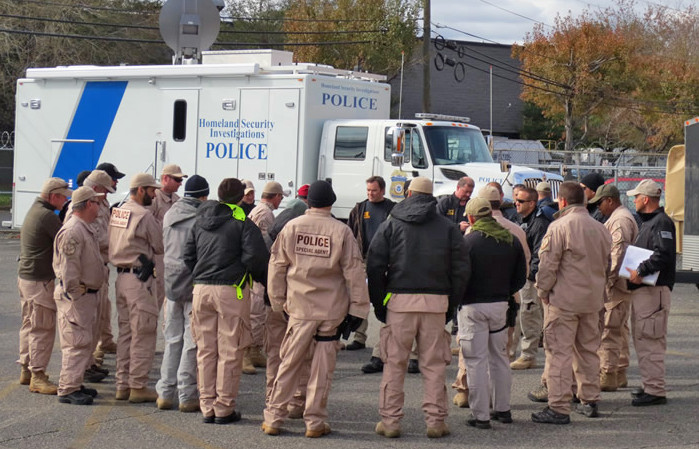 Lately we are reading in the newspapers and seeing on the television news that federal immigration authorities are entangling and detaining immigrants in unprecedented numbers. Any immigrant in the United States can fall for these efforts to enforce immigration laws in the country. Most of these detainees or arrestees are in the United States without documents and end up deported to their country. Others have their legal residency but have had some criminal problem in the past and because of that, immigration authorities start a deportation case. Now, the immigration department, aided by a federal law known as Section 287(g) of the Immigration and Nationality Act (INA), immigration authorities are training and using police from local departments (of states and cities) to enforce immigration laws. This is something that was never seen in this country. Section 287(g) became law in the United States in 1996 as a result of the Illegal Immigration Reform and Immigrant Responsibility Act (IIRIRA). Section 287(g) authorizes the Secretary of Homeland Security to enter into agreements with states and local law enforcement agencies, allowing police officers designated to conduct immigration enforcement on the condition that local law enforcement officers receive adequate training and under the supervision of federal Immigration and Customs Enforcement (ICE) officers. Under section 287(g), these ICE-designated and trained state and local police officers may, during their regular work and activities as police officers, identify, prosecute, and in many cases, detain an immigrant they suspect of violating immigration laws. Something as simple as a traffic violation stop can result in federal stop. In recent years, thousands have been detained and/or deported in this way. Now more than ever the immigrant has to take care of himself if there is a possibility that he has a problem with the Immigration Service (USCIS). You should consult with an immigration attorney to see if there is any way to arrange papers or, if you are a legal resident, to avoid a deportation case. Don’t delay. In many cases there are legal processes that can be used to avoid deportation.

The Consequences of Making False Claim to U.S. Citizenship
Immigration Reforms Expected in the Spring (2009)
The Danger of Traveling If You Have Had a Criminal Offense in Your Past