The Immigrant Mix in the United States 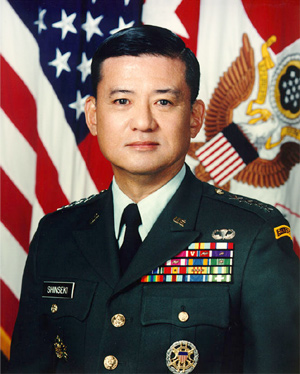 Yesterday morning I woke up to the news that President-elect Barack Obama nominated retired four-star General Eric K. Shinseki, a Japanese-American, to be the next Secretary of Veterans Affairs. This will be done by the first Asian-American in that position. The reporter then announced that in Louisiana, Republican attorney Anh "Joseph" Cao, a Vietnamese-American, had won the election to the U.S. Congress in the 2nd Congressional District, which includes most of New Orleans. 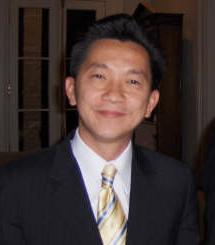 These people add to the interesting and exciting mix of politicians in the United States who are now Americans in the service of this great country, but who immigrated to the U.S. We have an Austrian-American governor of California, a Cuban-American U.S. Senator, and three Cuban-American members of the U.S. Congress in Florida, just to mention a few. They have seen Irish-Americans, African-Americans, Italian-Americans, and countless others who were either immigrants or children of immigrants who have served or now serve the United States as politicians or judges. Our country has always been made up of immigrants. They have come from everywhere including Europe, Africa, Asia, Latin America, the Caribbean, India and other parts of the world. And they will keep coming in the future. Even with the economic problems it currently faces, the United States remains a beacon of hope and freedom. This large mix of people is a reflection of the generous immigration laws and policies the U.S. has had in recent decades. People can argue about that last statement, but the fact that not so long ago we were at war with Japan and Vietnam, and now those countries are represented in the fabric of our leadership serves to silence anyone. This is The United States. That's why I love practicing immigration law. The U.S. remains the land of opportunity and I will continue to work with others to help fix our immigration laws to give everyone the opportunity to drink from that source of opportunity possible. We will wait and pray that next year an immigration reform will finally pass Congress that will continue to give opportunities to future immigrants.